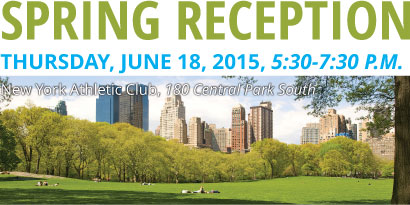 On Monday, May 11, 2015, Senator Flanagan (R-Suffolk) was elected the new majority leader in the NYS Senate, replacing Senator Skelos. The Senate Republican leadership has been called into question with the filing of a federal complaint on public corruption charges against Senator Skelos (R-Nassau County) and his son. Senator Skelos had maintained his innocence and had sought to remain as Majority Leader. With Senator Flanagan's new position, this opens a vacancy in the chairmanship of the Education Committee. PIWA extends congratulations and best wishes to Senator Flanagan.

Larger issues of the extension of NYC rent regulation and NYC mayor control remains; unless extended, these items are scheduled to expire this year. The class 3 Free Trade Zone authority is also scheduled to expire if not extended. Senator Seward has introduced a bill to make it permanent.

The Insurance Division of the Department of Financial Services is in flux. The recently hired Deputy Superintendent for Property/Casualty has left the Department to become the Executive Director of the Workers' Compensation Board. His boss, the head of the Insurance Division, has also left to a position in the private sector. Both positions have currently been posted by the DFS. Of course, since late last year, the Superintendent has been rumored to be leaving the Administration.

Both houses and the DFS have expressed interest in addressing car sharing and ride sharing. Car sharing is where a person rents his or her car to another. Ride sharing is where a person uses an application such as Uber or Lyft to act as a for-hire vehicle. The use of the new technology has interesting overlays with the financial responsibility laws in New York as well as the interaction with personal automobile insurance policies. On a national level the national trades and several automobile insurance companies entered into an agreement with Lyft and Uber to resolve differences. Uber and Lyft are making a push to seek recognition in New York. One question is whether the DFS will seek to attempt to restrict the ride sharing insurance companies' products to admitted insurance companies only.

The Attorney General has put forward legislation targeting Cybersecurity. The bill increases the scope of what constitutes protected information in a data breach, it increases the fines which can be assessed for a breach, and seeks to provide a safe harbor for companies which maintain the highest standards. The Senate will be holding a hearing on cybersecurity on May 14. The Attorney General has also submitted legislation to increase protections against whistleblowers who provide information concerning violations banking, insurance or financial services law to DFS, where monetary sanctions exceed one million dollars. Qualifying whistleblowers would be entitled to retain between 10-30 percent of the monetary sanctions."

PIWA Hotline expert, Milt Thurm has submitted a new paper entitled "Trials & Traps in Premium Finance Agreements" http://piwa.org/piwa-hotline-case-2015-03-24.pdf.
If you have any questions regarding this or any other issue affecting the wholesale industry, feel free to contact Milt at the phone number above, or send an email to piwahotline@piwa.org.

The implementation delay will allow members a time lag to honor outstanding binders and quotes and adjust billing systems and programs for the future change. While no immediate change to processes or procedures is necessary, please inform your Information Technology (IT) manager or department to prepare for this change as needed.